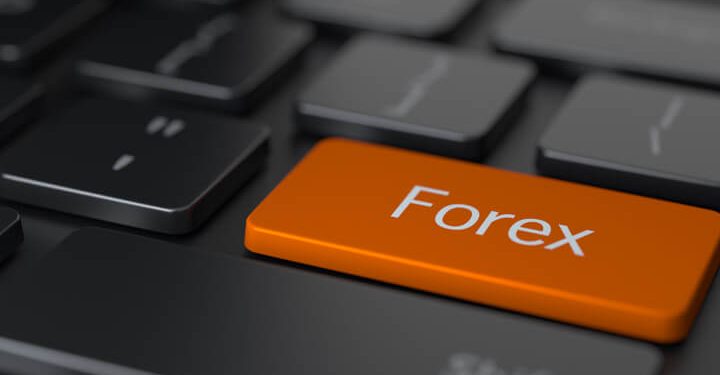 Weekly Outlook, On Friday, the broad-based US dollar failed to stop its  bearish trend of the previous session, and was headed for the second week of losses, as riskier assets gained traction. The dollar briefly managed to halt its losses on Thursday, rebounding thanks to better US jobs and housing data, but the rally faded in Asia on Friday morning, when the risk sentiment was boosted by news that beleaguered developer, China Evergrande Group; had provided funds to pay interest on a US dollar bond, averting a default.

Traders are still debating whether the dollar has further; room to fall; or if this is a hiccup on the way up. Furthermore, the benchmark 10-year US Treasury rates were at 1.6872 percent on the day, which was down from Thursday’s multi-month high of 1.7 percent; as the markets anticipated that the Federal Reserve would announce, in November, that it would begin to wind down its massive bond-buying program. On the other hand, however, the broader market narrative remained favorable for further gains in the dollar, as rising bond yields, based on greater inflation expectations, are projected to bolster the greenback.

Looking ahead to the coming week, the German IFO Business Climate, along with the minutes of the Monetary Policy Meeting and the BOC; Press Conference, have the potential to control the market. Furthermore, long-standing geopolitical tensions and coronavirus headlines will be constantly monitored, as they could play a crucial role in determining market risk levels.

This German business sentiment index, published by the CESifo Group, is closely monitored as an early indicator of Germany’s current business conditions and expectations; The institute surveys over 7,000 businesses, with regard to their perceptions of the business environment and their short-term plans. It is considered crucial because of its huge sample size and historical correlation with German and Eurozone economic circumstances. It has a significant impact on the market once released.

It provides a vital measure of economic health, because businesses react to market conditions quickly, and shifts in their sentiment can be an early indicator of future economic activities, like spending; investing and hiring. In the context of this survey, the Ifo Institute polls over 7,000 businesses about their perceptions of the business environment and their short-term plans. Positive economic growth is regarded as favorable for the EUR, whereas low readouts are seen as bearish for the European currency.

Weekly Outlook, The Conference Board’s Consumer Confidence survey measures people’s trust in the economy. High consumer confidence supports economic growth, while low confidence among consumers results in economic contraction. A high reading is generally considered positive for the USD; while a low reading is deemed harmful or bearish. We do not publish the figures from this indicator on our Economic Calendar, due to restrictions imposed by the Conference Board.

3. Monetary Policy Report from the Bank of Canada – 14:00 GMT on Wednesday

The Bank of Canada publishes a study of economic movements in Canada. It provides signals of new fiscal policy. The volatility of the CAD is affected by any changes in this report. A hawkish outlook in the BoC report is considered beneficial (or bullish) for the CAD; whereas a dovish outlook is deemed to be negative (or bearish).

Following the release of the BoC Monetary Policy Report; the Governor and Senior Deputy Governor hold a press conference. The press conference is divided into two parts: first, a prepared statement is read, and then the conference is opened to questions; from the press. The questions usually elicit unplanned responses; resulting in significant market volatility.

After each governing council meeting, the European Central Bank publishes a short; statement explaining its monetary policy decisions, in order to attain its inflation target. The statement is crucial for the EUR; since any changes to the wording can move the shared currency either up; (hawkish statement) or down (dovish statement).

As far as ECB meetings go, this one isn’t very significant. No fresh forecasts will be issued, and there will be no new efforts. Instead, ECB President Lagarde may explain the various; variables influencing prices and explain why the inflation overshoot appears to be transitory on the balance. We should highlight that the annualised rate of CPI in Q3 was roughly 2.4 percent; which was half of the annualized rate in Q2.

The President of the European Central Bank holds a press conference on monetary policy; following the ECB’s economic policy decision. The volatility of the European currency is influenced by the president’s words, which help to establish whether the trend for the currency is bullish; or bearish in the short term. If the president expresses a hawkish viewpoint, it is viewed as positive for the European currency. A dovish stance; on the other hand, is considered bearish for the Euro.

Strong September job numbers and a robust Bank of Canada; business survey (the outlook reached a record high, and 87 percent of respondents expected inflation to exceed 2%, which was the highest level since 2005) boosted confidence that the economy has emerged from the doldrums. Since July, the monthly GDP has declined in three months out of four.

Why We Should Worry About Japan’s Economic ...