Gold Steady at $1,774 Ahead of FOMC Member Speeches 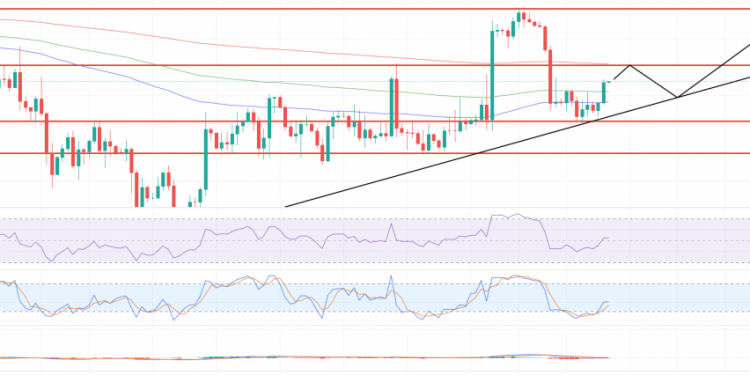 Gold Steady, Gold prices ended the day at $1768.30, with a high of $1797.70 and a low of $1765.10. GOLD prices retreated on Friday after rising continuously for three consecutive days. The reversal in gold prices was due to increased US Treasury yields and improved retail sales data from the US.

The US Dollar Index, which measures the greenback’s value against the basket of six major currencies, extended its decline, and reached 93.85, dropping for the third consecutive session. Moreover, the Treasury yields in the United States rose to 1.57% on Friday, recovering from a more than one-week low hit on Thursday, putting additional pressure on gold prices.

At 17:30 GMT, Core Retail Sales in September increased to 0.8%, exceeding the forecast 0.5%, supporting the US dollar while weighing on gold. The retail sales rose to 0.7% against the anticipated-0.2% and supported the US dollar, dragging gold prices to the downside. Furthermore, the Empire State Manufacturing Index dropped to 19.8 against the predicted 24.9 and weighed on the US dollar. Hence, it caused further downside in gold prices.

Safe-haven gold and US Govt bonds

Meanwhile, Bank of England Governor Andrew Bailey delivered a new signal that the British central bank is preparing to hike interest rates for the first time since the outbreak of the coronavirus crisis, as inflationary pressures rise.https://s.tradingview.com/widgetembed/?frameElementId=tradingview_3f4fc&symbol=FOREXCOM%3AXAUUSD&interval=W&hidesidetoolbar=0&symboledit=0&saveimage=1&toolbarbg=f1f3f6&studies=%5B%5D&hideideas=1&theme=White&style=3&timezone=Etc%2FUTC&withdateranges=1&hidevolume=1&studies_overrides=%7B%7D&overrides=%7B%7D&enabled_features=%5B%5D&disabled_features=%5B%5D&utm_source=www.fxleaders.com&utm_medium=widget&utm_campaign=chart&utm_term=FOREXCOM%3AXAUUSD

On Tuesday, the precious metal, gold, trades with a bullish bias at the 1,762 level. The yellow metal has violated a downward trendline at the 1,770 level in the four-hour timeframe. The closing of candles above the 1,770 level is likely to drive strong buying in gold. On the downside, gold is likely to find immediate support at the 1,769 level, while a break below that level could extend the selling trend until the next support level of 1,762.

Conversely, a breakout at the 1,775 resistance level is likely to expose gold prices towards the next resistance level of 1,777. On the higher side, additional resistance could be found at the 1,83 level. Let’s consider staying bullish above the 1,765 level today and vice versa. Good luck!

Bitcoin ETF will likely be delayed until ...

US Dollar Feels The Pressure as Market ...