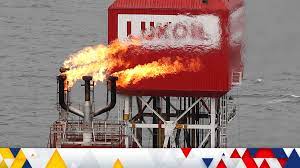 Crude Oil Track for April: The price of oil extends the series of higher highs and lows from earlier this week despite a larger-than-expected rise in US inventories, and crude may stage a larger advance over the remainder of the week if it manages to clear the opening range for April.

The price of oil is on the cusp of test the monthly high ($105.59) as it trades back above the 50-Day SMA ($99.22), and it seems as though signs of slowing demand will do little to curb crude prices amid the ongoing disruptions caused by the Russia-Ukraine war.

At the same time, the Organization of Petroleum Exporting Countries (OPEC) appear to be on a gradual path in boosting production as the group plans to “adjust upward the monthly overall production by 0.432 mb/d for the month of May 2022,” and OPEC may stick to the current production schedule over the coming months as US inventories increase for the second consecutive week.

Crude stockpiles climbed 9.382M in the week ending April 8 after expanding 2.421M the week prior, with the data reinforcing expectations for lower consumption as OPEC’s most recent Monthly Oil Market Report (MOMR) states that “in 2022, oil demand growth was revised to the downside by 0.5 mb/d to average 3.7 mb/d y-o-y, accounting for declines in global GDP on account of the geopolitical developments and the resurgence of the Omicron variant on global oil demand in China.”

Nevertheless, the MOMR goes onto say that “world oil demand is projected to average 100.5 mb/d, which is 0.4 mb/d lower than the previous month’s estimates and approximately 0.3 mb/d higher than 2019,” and the update suggests OPEC will retain a steady approach in raising supply even as crude consumption returns to pre-pandemic levels.

In turn, current market conditions may keep the price of oil afloat as the fresh figures from the Energy Information Administration (EIA) show weekly field production printing at 11,800K for the second week, and crude may stage a larger recovery ahead of the next OPEC Ministerial Meeting on May 5 as it appears to be on track to test the monthly high ($105.59).

With that said, the price of oil looks poised to test the monthly high ($105.59) as it extends the series of higher highs and lows from the start of the week, and crude may attempt to retrace the decline from the yearly high ($130.50) if it manages to clear the opening range for April.