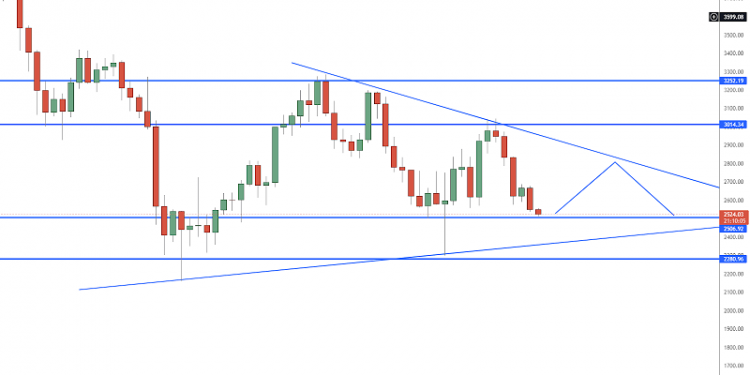 Gold hits $2,000, Gold turned green amid concerns about high inflation and increased tensions between Ukraine and Russia, but the gains were limited for the day as the US dollar was strong in the market. The US Dollar Index, which measures the greenback value against the basket of six major currencies, rose on Thursday for the fourth consecutive session and reached its highest since June 2020, at 97.95 levels. The strong dollar kept the yellow metal’s gains for the session to a bare minimum. However, Treasury yields on 10-year bonds fell on Thursday, allowing gold to remain positive for the day. The US Treasury yield on the benchmark 10-year note dropped to 1.83%.

Meanwhile, the US Central Bank Chairman, Jerome Powell, has indicated that he will raise interest rates this month. He said that he favored a 0.25% increase to tackle the rising levels of inflation. The US is experiencing harsh inflation levels rising at the fastest rate in 40 years. It has kept the bank under pressure to curb its effects on the economy. In recent months, the US has experienced a sharp rise in the cost of food, fuel, and cars, and it has left families’ budgets strained. These comments from Powell strengthened the US dollar and capped further gains in yellow metal prices.

At 17:30 GMT, the Challenger Job Cuts dropped to-55.9% against the previous -76.0%. At 18:30 GMT, the unemployment claims from last week were also reduced to 215K, against the expected 223K and supported by the dollar. The revised nonfarm productivity for the quarter remained flat at 6.6%. The Revised Unit Labor Cost increased to 0.9%, versus the expected 0.3%, and the dollar strengthened.

At 19:45 GMT, the Final Services PMI remained flat at 56.5. At 20:00 GMT, the ISM Services PMI dropped to 56.5 from the forecasted 61.2 and weighed on the dollar. The increase in factory orders was 1.4%, up from 0.8% expected, and boosted the US dollar. The most important data points of the final services PMI fell short of expectations and weighed on the dollar, which ultimately had a positive impact on gold prices.

On the war-front, Russia and Ukraine agreed on Thursday to the need for humanitarian corridors to help civilians escape the Russian invasion. It was the first apparent progress in talks, and it was the result of additional sanctions imposed by the US and Western countries.

The United States and Britain added more sanctions on Russia for its invasion; of Ukraine after the UN human rights chief said that tens of millions of lives were at risk in Ukraine. The United Nations also said that about one million refugees had fled Ukraine in just eight days of the invasion. This geopolitical tension kept the safe-haven metal high on board.

On a weekly timeframe, XAU/USD experienced a strong upward; move following the breakout of the symmetrical triangle. This pattern depicts a consolidation, which consists of small volume ticks and volatility squeezes, but is followed by volatility expansion after a decisive breakout. The price of gold has reached a five-month high of $2000.