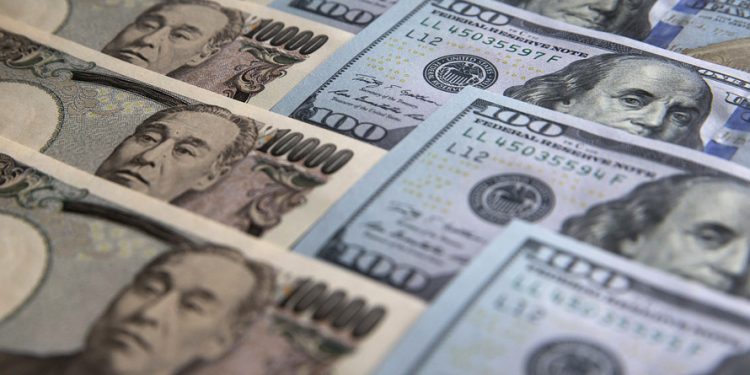 USD/JPY hangs near weekly: The USD/JPY pair edged lower through the early European session and dropped closer to the overnight swing low, around the 114.60 region in the last hour.

Following an early uptick to the 114.80 area, the USD/JPY pair met with a fresh supply and drifted into the negative territory for the fourth successive day on Wednesday. Bears might now be looking to extend the recent sharp pullback from the 115.70 region touched last week amid the prevalent selling bias around the US dollar.

Fed officials downplayed the prospect of a 50bps hike in March, which, in turn, weighed on the buck. In fact, St. Louis Fed President James Bullard said that he did not favour a more aggressive policy response. Separately, Philadelphia Fed President Patrick Harker said that he is a little less convinced of a 50 bps hike.

On the other hand, the conflict between Russia and the West over Ukraine continued lending some support to the safe-haven Japanese yen. This was seen as another factor exerting some pressure on the USD/JPY pair, though the divergence between the Fed and the Bank of Japan policy outlook should help limit any further losses.

The markets have fully priced in an eventual Fed liftoff in March and expect five quarter-point rate hikes by the end of 2022. Conversely, the Bank of Japan has repeatedly reaffirmed to continue with its persistent and powerful monetary easing until further notice. This, in turn, warrants some caution for aggressive bearish traders.

Moving ahead, traders now look forward to the US ADP report on private-sector employment for some impetus later during the early North American session. The data might influence the USD price dynamics, though the market focus will remain on Friday’s release of the closely-watched US monthly jobs report (NFP).