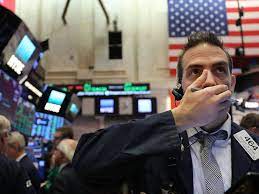 Most read: Central Banks and Monetary Policy – How the Fed Executes its Dual Mandate

The Federal Reserve today announced its first monetary policy decision of 2022. In line with forecasts, the institution chaired by Jerome Powell maintained its benchmark interest rate in its 0.00%-0.25% range and left the current pace of taper unchanged, noting that indicators of economic activity and employment have continued to strengthen.

Although no major actions were taken today, the policy statement clearly stated that it will soon be appropriate to commence liftoff with inflation well above 2% and a strong labor market, reinforcing expectations for a March move. Regarding the normalization process, Powell indicated during the press conference that there is quite a bit of room to raise borrowing costs, failed to rule out hiking at every meeting and admitted that the bank hasn’t made any decisions on the size of interest rate adjustments. This posture appears to have spooked Wall Street, triggering a sharp reversal in risk-assets in late trading.

With regard to quantitative tightening, the FOMC noted that the balance sheet runoff will commence after the liftoff has started and that the process will follow a predictable course by adjusting the amounts of reinvestments rather than selling bonds outright. However, Powell conceded that discussions about reducing holdings are just beginning and that no decisions have been made at this point.

Prior to the FOMC announcement, stocks were rallying with force on bets that the Fed might become less hawkish for fear that aggressive measures could trigger a hard landing at a time when the U.S. economy is already cooling. They didn’t quite get that. As a result, the major equity averages gave up the morning’s gains and pivoted lower, with the S&P 500 down 0.15% to 4,350 at the closing bell after rising as much as 2% earlier in the session.

Amid uncertainty about the tightening cycle and renewed fears that the process will not be gradual or measured due to red-hot inflation, volatility is likely to remain elevated in the near term, biasing stocks lower, particularly those in the technology and growth space, whose lofty valuations are supported by low rates. To make matters worse, rising geopolitical tensions in Eastern Europe could complicate the outlook for risk sentiment and impede any meaningful recovery, especially if Russia ends up invading Ukraine and the White House moves quickly to impose tough economic sanctions on Moscow for its hostility.

In any case, with the Fed in the rearview mirror, corporate results will command Wall Street’s undivided attention over the next couple of weeks. Companies that execute well and beat top- and bottom-line forecasts and issue constructive forward-looking guidance may be rewarded, while those that disappoint could come under pressure as investors continue to turn to firms with strong earnings power and solid cash flows in the face of rising rates, a headwind for valuations.