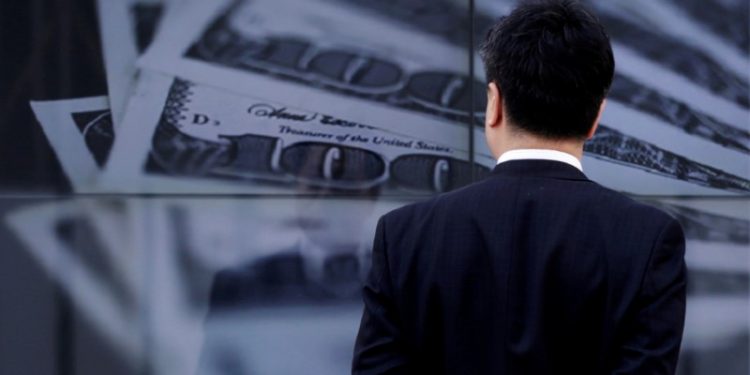 Dollar Down: The dollar was down on Tuesday morning in Asia but remained near the middle of its recent range. Investors now await U.S. Federal Reserve Chairman Jerome Powell’s Senate Banking Committee hearing later in the day for fresh clues on the timetable and speed of policy normalization.

The U.S. Dollar Index that tracks the greenback against a basket of other currencies edged down 0.12% to 95.875 by

The AUD/USD pair was up 0.31% to 0.7190, with data showing that Australian retail sales grew a better-than-expected 7.3% month-on-month and the trade balance was AUD9.423 billion in November.

In his opening remarks for the hearing released on Monday, Powell pledged to prevent high inflation from becoming “entrenched,” but did not provide clues about the central bank’s timeline and speed of monetary tightening.

Powell is bidding for a second four-year term at the Fed’s helm and will take questions from senators during his hearing. The hearing for Fed vice-chair nominee Lael Brainard will take place on Thursday.

Kansas City Fed President Esther George and St. Louis Fed President James Bullard will also speak later in the day, the first from a group of Fed officials speaking throughout the week.

It seems that the Fed was of the mindset of “sooner rather than later” for both higher rates and running off its balance sheet after ending bond-buying stimulus, TD Securities strategists said in a note.

“An affirmation of March 2022 tightening and early quantitative tightening should support dollar firmness overall, though within well-established ranges,” the note added. Although the TD Securities analysts expect the first hike in June 2022, a hike as early as March is also possible.

Money markets are priced for an interest rate hike by May 2022, with an additional two by November.

China is pushing for broader use of ...